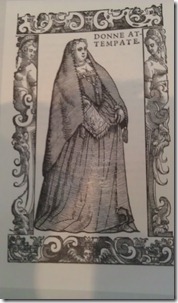 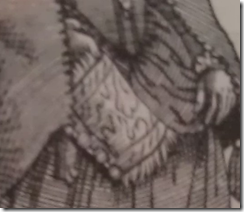 “…muff of fine fur lined with silk, velvet or some other fabric for the winter…” 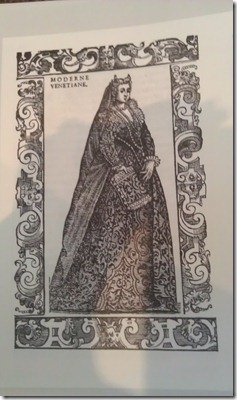 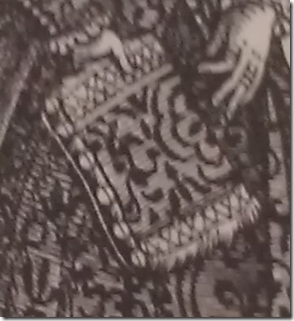 “At that time of the year they also wear a muff lined with fur, which protects their hands against the cold.  These furs are marten or sable, and the muff is of black velvet or some other silk fabric, fastened shut with buttons of oriental crystal or gold.” 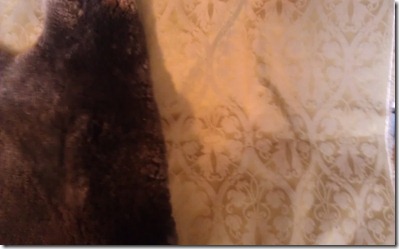 I decided on a gold patterned brocade as the outer shell, as gold is fairly neutral and would match multiple outfits.

As I am not fortunate enough to have either marten or sable in my stash (and no, I’m not going to disassemble one of my precious zibies to obtain it!), I’m finally going to use my plucked and shaved beaver pelt*!  I’ve had this fur in my stash for about umpteen million years, and have always been terrified to cut into it, but now is the time!

This fur is the most soft and plushy thing I’ve ever felt in my life, it’s delicious! 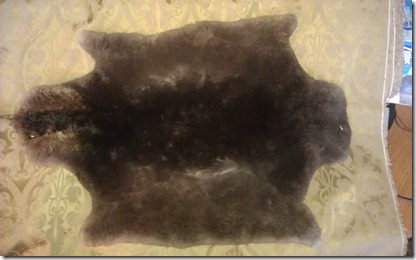 The pelt is roughly 13” x 15” in the middle, with various hangy parts that if needed, can potentially be pieced for a larger finished fur. 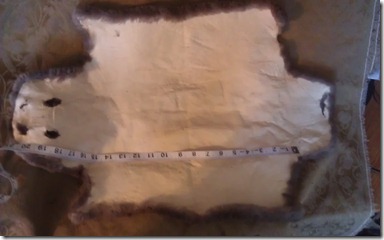 I need to double-check my stash, but I do not believe I have any gold or crystal buttons or beads that would be large enough for buttons, so I most likely will be substituting thread-wrapped buttons for the closures.

Both muffs pictured below have a relatively thick border around the edges – I have yet to determine what exactly I’m going to do about that. 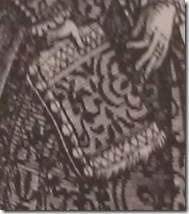 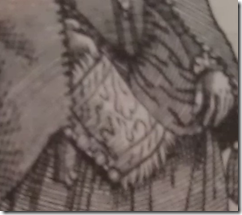 I’m also wondering if I want to do some couching on the brocade to give it a bit more oomph – I guess it’s time to sit down for realsies and figure out exactly what I’m going to do!

*Say that phrase until you giggle!