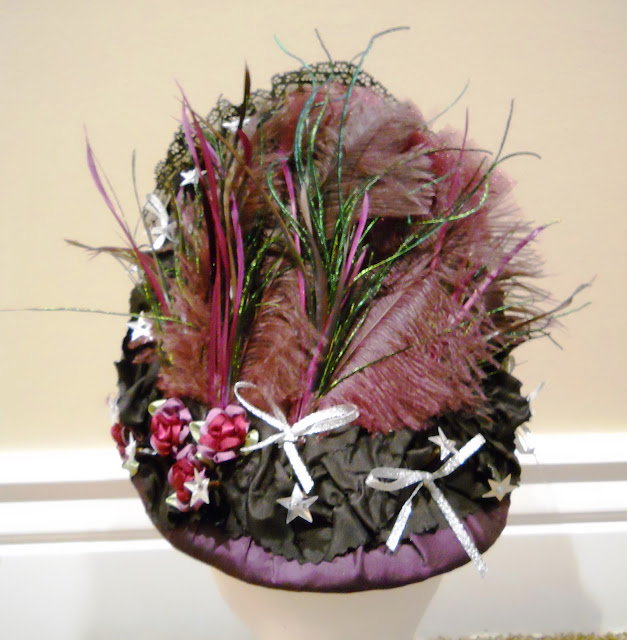 Thankfully, my sister did both of our hat blanks!  (I owe you, sis!)  I ended up making my hat at the very, very last second, and I *le gasp* constructed the entire thing with hot glue.  It's not as composed as I would have liked, but honestly, not too bad for an hours' worth of work, I think. 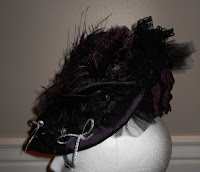 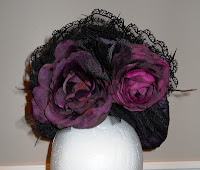 I have to admit, I do have a bit of a hard time conforming to the popular 'steampunk look'.  In this outfit, my homage to the genre was my hat....

Lights!  Yay!  When I first came up with the idea, I had kind of assumed that at a ball, the lights would be at least a little bit dim - as it was, the ballroom was blazingly bright, and made the lights not show up quite as well as I was hoping. 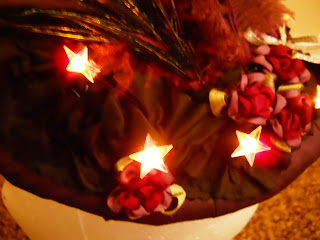 I used decor/dollhouse lights that run on two C batteries.  The battery pack is hidden in the back of the hat.  What I didn't anticipate quite how warm the battery pack would get!  If I wear it again, I'll  be putting a couple of layers of felt between the pack and the top of my head. 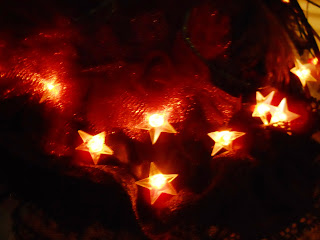 I found some large silver star sequins, and punched a hole juuuuuuust big enough push the light through.  I added a dab of glue to keep them on nice and snug. 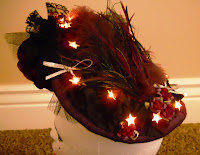 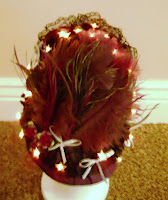 I have not been able to find very many pictures of me that I don't hate for one reason or another - if I can't find any, I'll set up a controlled photoshoot so I can get some decent pics!  (I have a terrible habit of pulling strange faces in pictures - yikes!)