Jaquelinne suggested that I do a lacing/attachments class, (which I have been meaning to do, but what with all the craziness going on the last 5 months, I really haven’t been all that productive on my stuff) and yesterday I dug up my old (very, very old!) handout and decided it needed a major overhaul.  (seriously – I used Word to create diagrams in this badboy!)

So, my goal is to re-write that class and have it ready for either Quest or Kingdom Arts and Sciences.  (Both of which I’m in charge of putting together a schedule for teachers, so nice and handy there…..)

As far as Collegium this weekend goes, I think I’m going to offer the following and see if anyone is interested: 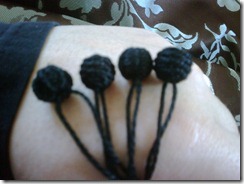 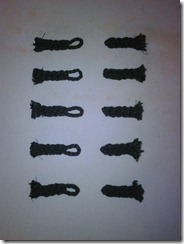 I might be doing my hair class again – depending on if I can put my book back together (I cannibalized its guts for the plastic sleeves, and now all my pictures are all messed up.)

Even if there’s not a whole lot of interest, because it’s mostly all hand sewing related, I’ll just bring one of my projects and sew to my little hearts content until someone ‘signs up’.